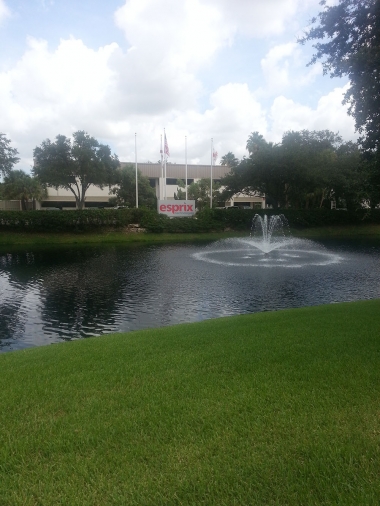 The Company that is known today as Esprix Technologies was born as a division of the international fine chemicals business of the Koch Chemical Company, a wholly-owned subsidiary of Koch Industries, Inc., of Wichita, Kansas. In 1982, this division became an independent entity, known as Nachem, Inc. Based in Braintree, Massachusetts, Nachem flourished as a worldwide supplier of fine chemicals. One of the companies represented by Nachem was Yorkshire Chemicals PLC, based in Leeds, England.

Yorkshire acquired Nachem, Inc. in 1988, with the aim of establishing an American marketing base for its products. The company's name was changed to Yorkshire-Nachem, Inc.

The new company experienced rapid growth and relocated to larger facilities in Rockland, Massachusetts in 1990. The following year, the businesses within Yorkshire-Nachem were differentiated by the creation of the Esprit Chemical Company, a new division with a focus on non-Yorkshire produced performance chemicals. In August 1993, the Esprit Chemical Company, an independent entity no longer affiliated with Yorkshire-Nachem, Inc. established its new headquarters in Sarasota, Florida. As a separate company, Esprit achieved success in a number of product areas. In 1997, the Company moved to new Sarasota offices at Esprit Plaza, a two-acre site conveniently located near Sarasota-Bradenton International Airport and accessible to the area's major highways.

In the year 2000, Esprit Chemical Company evolved into Esprix Technologies in order to more clearly define itself as a provider of state-of-the-art technology and materials, many of which are not chemicals. Through this evolution, Esprix has gone from being a materials supplier to an active participant in enhancing and implementing new innovations, improving existing technologies and providing its customers with the latest developments in strategic areas. While adopting a dynamic new logo, Esprix retains its "spirit", its focus on partnership and its commitment to superior customer service.