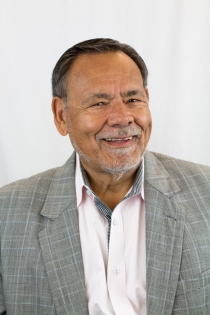 Phil earned his Bachelor of Science in both Chemistry and Mathematics from St. John’s University in New York.  He served as the President of the Structural Foam Committee of American Plastics Society during the early 1970s. After six and a half years with Koch Industries, Koch spun off part of their specialty chemical group which then became Nachem Inc. in 1982, which Phil founded. In 1986 Nachem was acquired by Yorkshire PLC and Phil became President of Yorkshire Nachem Inc. Nachem became independent once again in 1993, and was then renamed Esprit Chemical Company. In 1993, Phil moved Esprit’s headquarters to Sarasota, Florida where he later renamed the company Esprix Technologies in 2000.

Phil has over 50 years of experience within the U.S. Chemical and Coating Industries as well as international supply chain development. He takes great pride in the long lasting international relationships he has forged throughout the years, which are the foundation of what Esprix is today. In 2011, he was recognized by BIZ 941 Magazine as one of the ‘Best Bosses’ in the Sarasota; he was featured in BIZ 941 as a “super-smart, hard-working man of his word”. Today, Phil is an active member of the Sertoma Club of Greater Sarasota, which focuses on service projects assisting with speech, hearing, and language disorders for children. He received a Fundraising Award in 2015, and was recognized again in 2016 with a Lifetime Service Award. 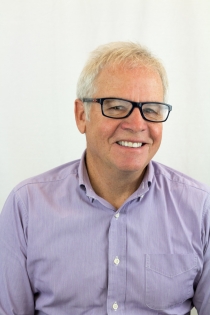 Brian Roberts received his B.S. in Geology from the University of New Hampshire in 1978, he then began his career as a well site geologist working off shore in the Gulf of Mexico. In 1986 he moved to Mitsubishi International, N.Y. where he began his sales and marketing career.  Brian later joined Esprix Technologies in 1990, and today holds the title of Senior Vice President. He has over 30 years of experience in the sales and marketing of specialty chemicals and has a broad range of expertise with supply chain management, MOC, and SCAR implementation.

Ken joined the Esprix team in early 1995 and currently holds the title of VP of Marketing. He graduated from California State Polytechnic University-Pomona with a B.S. in Chemistry. Prior to joining Esprix, Ken worked for BASF Wyandotte, Arizona Chemical/International Paper/Sylvachem, Enichem (ENI Group), and Chambrex/Heico Chemical/Nepara/Humphrey Chemical in various sales, marketing and management responsibilities involving a wide range of technical products to a broad range of industries. Today, Ken’s primary focus is marketing flux for aluminum heat exchangers and boehmites for highly specialized applications. With over 20 years of industry specific experience, he is able to understand and help solve or improve customers’ processes related to chemistry. 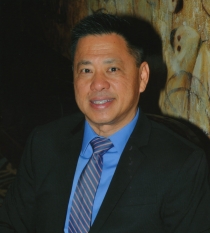 Dang joined Esprix in June 2016 and currently holds the position of VP Engineering Polymers. Dang is responsible for sales, marketing, technical support & supply logistics of Ketoprix™ polymers & compounds for the Automotive, Compounding, Business Machines, Consumer Appliances, Electrical & Electronic, Industrial and Oil & Gas markets. Dang brings with him a wealth of polymer experience, including 20 years with Shell Chemicals in technical roles (including 7 years in the Carilon Polyketone Polymer business), and 17 years in the Automotive and Polypropylene Groups of Total Petrochemicals in Sales and Technical Service. Dang's passion is new markets development, and he played a key role in commercializing Shell Carilon™ polyketone polymers in business machines, consumer appliances and medical devices in 1993 through 2000. Dang is based in Houston, TX. In his spare time, Dang enjoys biking, kayaking, scuba diving (he is a licensed NAUI SCUBA instructor), saltwater fishing and snow skiing.